Sometimes, I miss the feel of a book.  I miss actually turning pages, and smelling the “new book smell” the first time I crack it open.  But I read a lot.  A LOT.  And I truly do think (cue Kindle commercial) that the greatest thing about my Kindle is that I take an entire bookshelf with me without an extra suitcase.  As I prepare for vacations, or spend naptime on the deck in the sunshine with a book, I’m always needing suggestions for my next book to read.  With that in mind, these are a few books I really enjoyed last summer that you should look into if you haven’t read them yet.

I had read The Time Traveler’s Wife years ago, long before the movie came out, and loved it, so when I heard that the author had another book out, I was excited to read it.  The book immediately captured my attention and I couldn’t put it down.  It was thought-provoking, and different than anything I’d ever read.  About two sets of twins and some inexplicable connections between them, it bordered on a fantasy novel but was too realistic (read: “normal”) to really fall into that category.  It’s a riveting read that you’ll plow right through!

Originally, I only downloaded these books onto my Kindle because I had been reading the Stephanie Plum novels by Janet Evanovich, and they were cheap “suggested reads” from Amazon.  Abducted, Dead Weight and A Dark Mind are the three books in the series.  I enjoyed them just as much as the Plum novels- easy reads, enveloping stories and interesting characters.  Great mysteries, interesting female lead, and there’s always a twist.  Great for a vacation read! 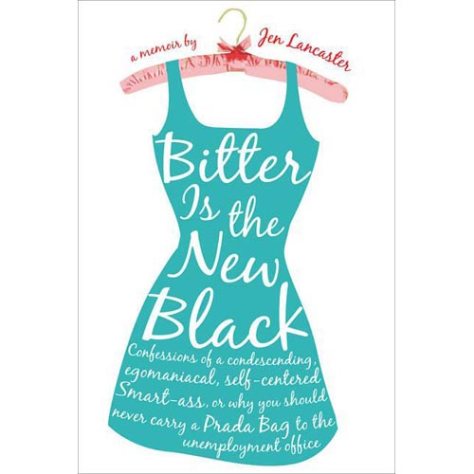 Bitter Is the New Black: Confessions of a Condescending, Egomanical, Self-Centered Smart Ass, or, Why You Should Never Carry a Prada Bag to the Unemployment Office (Jen Lancaster)

The title says it all: a witty, cynical, and hilarious memoir.  Jen goes from a high-paying, successful job to unemployment in the blink of an eye, but her lifestyle has a hard time catching up.  I literally laughed out loud several times while reading this book, and also read passages aloud to Hubby so he could laugh with me.  Everything about her writing style is fabulous, but should be taken with a grain of salt.  She’s overbearing and brutally honest, but enjoyable.

So what are some suggestions for me?  I need some riveting summer reads!

2 thoughts on “Summer Is For Reading!”