I have been waiting for this book for a million years. Okay, well, I’ve been waiting since the The Deathly Hallows came out for JK Rowling to announce that she had a little more to say. You can imagine I was thrilled when I heard that there was a new part of the story.

I will say that reading a play has always been a little weird for me, so when I realized that the book was actually a script, I was slightly disappointed. I love Rowling’s style, even in The Casual Vacancy, so to hear that this was just her story, and not truly her writing, was a little sad.

That being said, I REALLY enjoyed reading it! Yes, there was an element of the enjoyment that was happiness to be immersed in the wizarding world again. I mean, muggles get me down, ya know? But I actually enjoyed the story and getting a glimpse into the adult lives of Harry and the other characters I’ve loved so well for so long. ((Here are where the spoilers start hopping in there… if you plan to read it but haven’t yet, watch out!)) It was an interesting story and concept that Voldemort had procreated (yikes) so I had to read it in basically one sitting to ease my mind.

I didn’t really like the time travel obsession of the story. I mean, I get the time-turner idea and how they wanted to go back, and then they HAD to go back again to fix things. But it was confusing and convoluted, especially when I wasn’t seeing it, I was just reading a script that was inevitably less detailed than it would’ve been in book form. It also raised questions of “what if?” and “why this?” in several situations. Like, if the Potter’s house was under the Fidelius charm, why could everyone see it when they travelled back? And wasn’t it a little insulting to Cedric’s previously upstanding character to make him have one bad experience and turn to Dark Magic? I always liked Cedric! And Amos seemed old and bitter, but then I guess I understand that losing a child could probably make you crazy.

Anyway, overall, I’d recommend that you read it. Whether you’re a Potterhead or not, you’ll probably enjoy it. I know several people who were disappointed in it, but we all probably had unrealistic expectations, since JK Rowling didn’t actually write this one. It’s a quick read, so you’ve got nothing to lose. I enjoyed it, and plan to read it again once I’ve let my copy circulate through the friends who are borrowing it! If you’ve read it, tell me what you think!

Y’all, I know I said this with the last currently, but I wasn’t kidding: I’m a summer slacker! It’s glorious. I just spent a couple of days at the lake with Hubby’s family and I am refreshed. I will be at the lake again this weekend for our cousin’s bachelorette. I am looking (far) forward to a September week at the beach. I am hoping for at least two weeks’ worth of pool days before it closes for the summer. Our kitchen is full of ripe, vine-fresh tomatoes and huge okra, yellow squash and colorful peppers. I am summer happy.

So now, I’ll give you a real update on a few more things that I’m Currently up to…

Exploring || how to entertain three kids for the last few weeks of summer. I mentioned the pool; it’s hard to be there when all three kids are awake. We either miss D’s morning nap, or we have to wait till everyone’s afternoon naps are finished. Or else I’m only taking one or two kids.

Hearting || our local children’s museum. We’ve had a membership there since EK was my only babe, but we’ve loved it every time we’ve walked in the door. 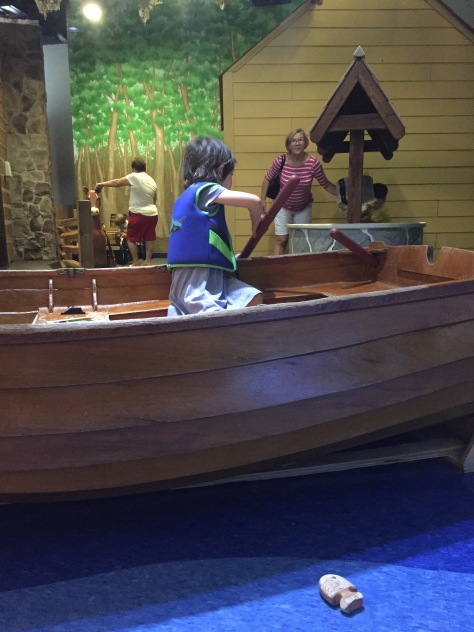 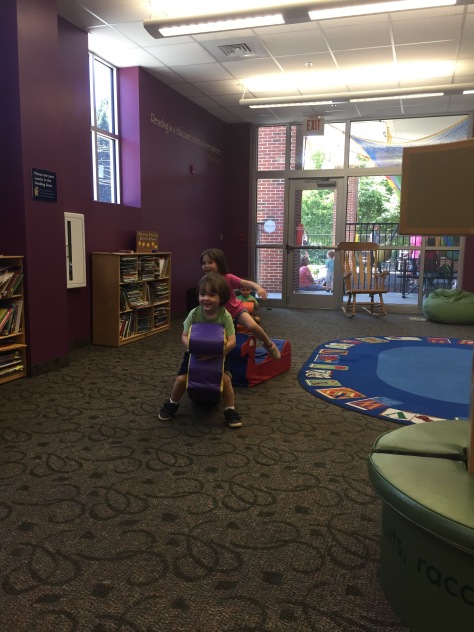 Watching || still Gilmore Girls. I know y’all think I’m going really slowly, but we just haven’t watched much tv this summer. I’ve been reading LOTR and now the new Harry Potter and the Cursed Child (fangirling!) so I haven’t been spending my nights watching tv. But anyway, I’m committed to finishing the old GG before the new season comes on Netflix in November!

Eating || popcorn! Skinny Pop, Boom Chicka Pop, and some sort of Himalayan Pink Salt flavor from our local grocer, but I’m addicted to the salty popcorn! I ate some Trader Joe’s kettle corn, and it was good – but I think it’s the salty that I love.

What are you up to currently?!