If you’ve read my other posts about breastfeeding my kids (here and here) you’ll know that breastfeeding has looked different – with varying levels of difficulty – each time. My youngest sweetie, Davis, is three weeks old now, and I can honestly say it’s been another less-than-I-hoped-for sort of journey so far. 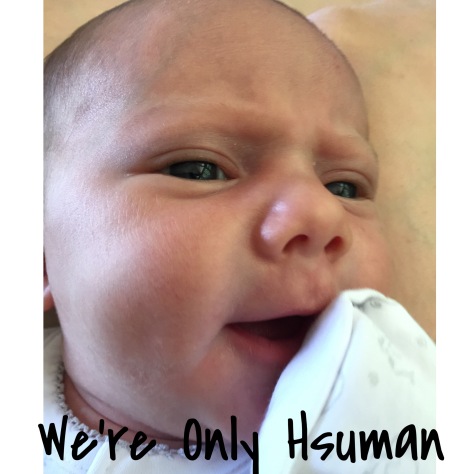 When D was born, I already had enough experience to know that I needed a nipple shield, so I was armed with it in the delivery room for the first time he nursed. During our hospital stay, he nursed fairly well, despite being pretty sleepy and exhausted – it’s work to be born!

When we got home, he was increasingly difficult to wake up and keep awake to eat well. Therefore, he wasn’t getting enough each time, but would wake often to eat. It wasn’t exactly cluster feeding; it was more that I couldn’t get him to stay awake through a feeding. This was, looking back on it from my spot at three weeks, already making my supply decrease even before he was a week old.

When we went to the pediatrician for his two-week check up, I knew what was going to happen as soon as he got on the scale. He was still 5oz short of his birth weight, and I could see the rest of the visit playing out in my mind. My eyes welled up with tears of fear and guilt before we made it back to our exam room. How could I not be giving my child what he needed? Why was it that my body couldn’t manage to nourish my babies after it had done so well for nine months?

At his two week check up, he was still not back up to his birth weight, and so my pediatrician suggested supplementing with a little formula (or expressed breast milk, of which I had little) after every feeding. She gave me some samples – some ready-to-use and some cans of powdered – so that I wouldn’t have to buy any if I didn’t end up needing it for very long. When we got home that afternoon, we tried our first bottle with a couple of ounces of formula. He was very wary of it, and took some convincing to start eating it. He didn’t have much before we stopped for a burp, and when he sat up straight, he immediately puked up most of what he’d eaten. You can imagine how excited I was for that to happen. So we cleaned him (and everything else) up, and I mixed in a little breast milk with the rest of the formula, thinking it might improve the taste and also be easier on his stomach. He took it a little more readily, but still threw up the majority of what he’d taken.

You can imagine I was getting a little worried now. If he can’t keep formula down, and my milk supply is low, how am I gonna beef the kid up? Well, we switched the brand of formula and started off with very little formula in the breast milk, and he’s gotten more and more used to it. He still nurses a little, and it’s still not terribly efficient, but I think it’s helping keep my supply from dropping more than it might if I was exclusively pumping. But he’s gaining! And I’m taking my fenugreek (gross, by the way), drinking TONS of water, and eating my oats. It’s work, especially with a couple more little ones, but I’m doing everything I can to help him be healthy and growing. I don’t know how long I can keep up the pumping (honestly, it’s tough to find time to sit down and not have to get up while I’m doing it) but my goal is to at least get him to six weeks with having mostly breast milk with only a little bit of formula supplement. It’s what’s working for us right now, and when it doesn’t work anymore, we will change it. You can only do what works, right? Whatever is the best thing you can manage is what you do.

7 thoughts on “My Journey as a Mother: Breastfeeding (Part Three)”

Riddle from the Middle

real life with a side of snark